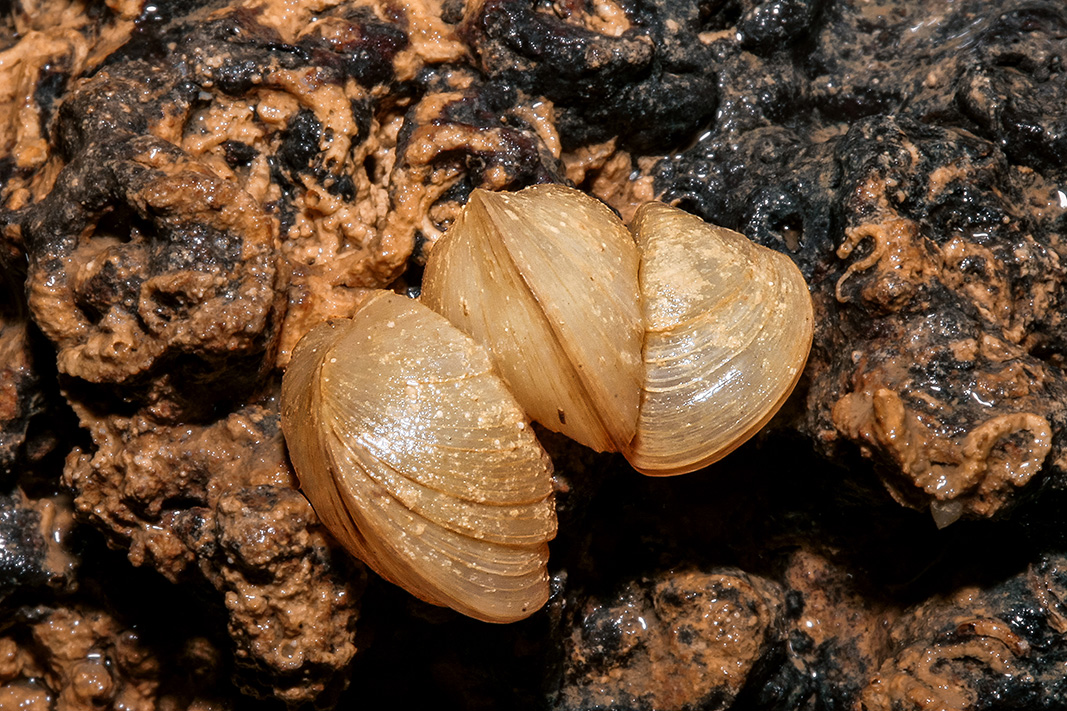 The species of the genus Congeria are the only freshwater bivalves in the world which inhabit exclusively caves.

They are Miocene relicts, the only surviving members of a once widespread genus, and endemic to the Dinaric Karst region. There are three species - Congeria kusceri, Congeria jalzici and Congeria mulaomerovici, known from only 15 caves in Croatia, Slovenia and Bosnia and Herzegovina, and all of them are highly threatened.

Congeria has evolved numerous adaptations to living in caves. Among the most prominent are loss of pigmentation and visual senses, changes in life-history strategy, and increased longevity.

Our research focuses on the loss of melanin pigmentation. The goal is to identify the molecular mechanisms that have led to albinism and to understand its evolutionary implications. To achieve this, we are comparing the three species of Congeria with their closely related surface organisms such as the zebra mussel Dreissena polymorpha. Unlike Congeria, surface Dreissenids are widespread and notoriously invasive. In a second line of research, we seek to understand the molecular changes associated with specialization and loss of invasiveness that have occurred within the Congeria lineage.

We are also collaborating with Annette Summers Engel and Hannah Rigoni (University of Tennessee, USA) to decipher the food web structure in Congeria caves, which might be partially based on chemolithoautotrophy. To identify the potential microbial symbionts, we are working with Ana Bielen, Sandra Hudina and Marija Vuk from the University of Zagreb, Croatia.