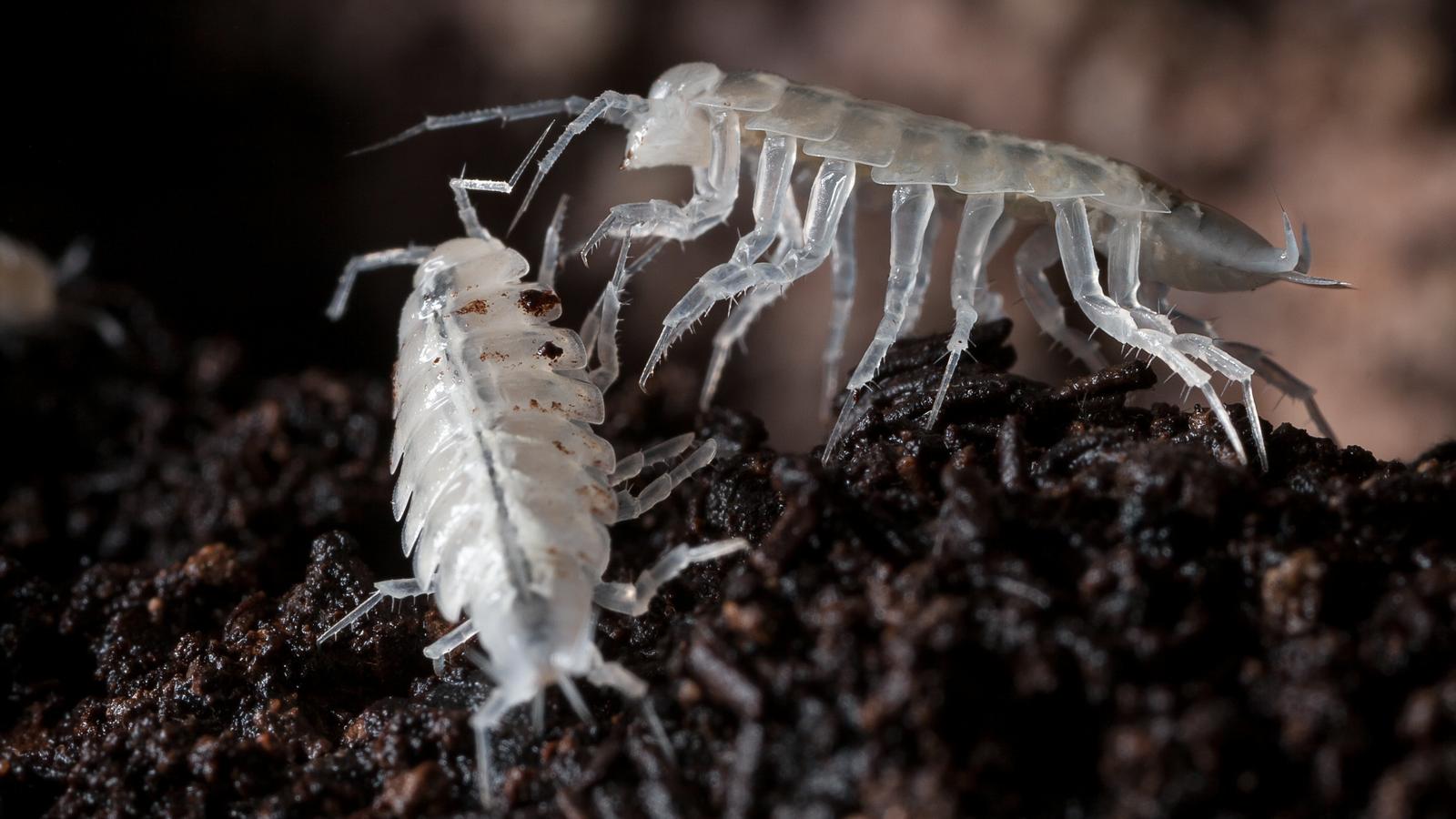 How do species colonize new environments and evolve the necessary adaptations?

The question of how species colonize new environments and evolve the necessary adaptations is an old problem in biology. We study it by using cave-dwelling animals as model systems. And why? Because for many organisms, the transition from surface to caves represents an abrupt change to a new and very different environment. As a result, they evolve numerous morphological, physiological, and behavioral adaptations. Our research revolves around two main themes.

The loss of pigmentation

Pigmentation protects animals from solar radiation and plays an important role in temperature control, camouflage, and species and sex recognition. However, pigmentation is absent in many animals that live in different environments without sunlight, a condition known as albinism.

Albinism is one of the hallmarks of cave adaptations and a prime example of convergence in nature. It evolved repeatedly in many groups of animals adapted to cave habitats, regardless of the type of pigment they synthesize. To elucidate the basis of convergent evolution, we characterize the molecular mechanisms of albinism in several animal groups: Mollusks, Crustaceans and Planarians.

The colonization of caves

Due to the constant darkness and lack of food, caves are a hostile environment. Yet many surface organisms have successfully colonized the underground. How did surface ancestors survive in the inhospitable subterranean environment and, in some cases, rapidly acquire numerous adaptations which characterize a cave dweller?

To answer these questions, we use the fish Astyanax mexicanus, a single species that has both a cave-dwelling and a surface-dwelling form. Our experiments have shown that numerous cavefish traits can appear in a very short time through phenotypic plasticity after surface fish are exposed to cave-like conditions.

What are the molecular mechanisms underlying this extensive plasticity, how are plastic responses inherited, and are these same mechanisms involved in the evolution of cave arthropods, mollusks, planarians, and other animals-these are some of the questions we are working on.